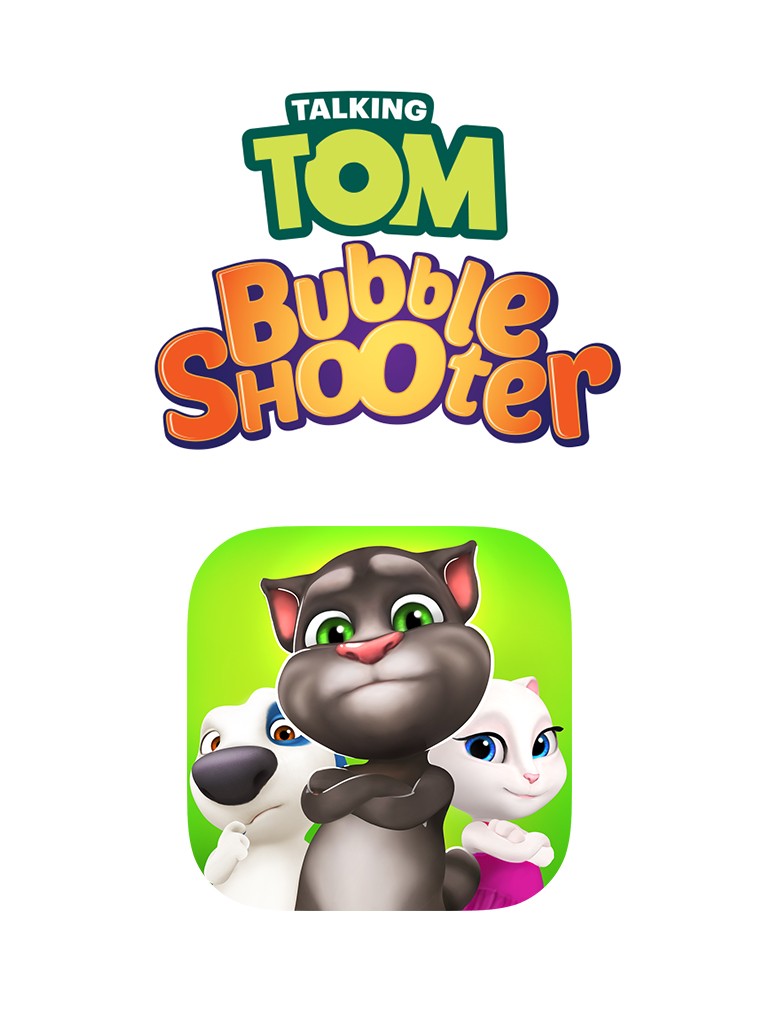 Created and produced out of Vienna by Outfit7, Talking Tom and Friends: The Animated Series features an all-star voice cast including Tom Kenny (“SpongeBob SquarePants,” “Adventure Time With Finn & Jake”) as Hank, Golden Globe®-nominee Colin Hanks (“Life In Pieces,” “Fargo”) as Tom, Lisa Schwartz (“Party Girl”) as Angela, James Adomian (“Comedy Bang Bang!,” “Gravity Falls”) as Ben, and Maria Bamford (“Lady Dynamite,” “WordGirl”) as Ginger; with Tom Martin (“The Simpsons,” “WordGirl”) serving as head writer.
Based on the entertainment phenomenon that has achieved over three billion mobile downloads for its suite of apps, and three billion views on YouTube, the animated series chronicles the adventures, hijinks, and inventions of Talking Tom and the gang as they shoot their own reality television show. 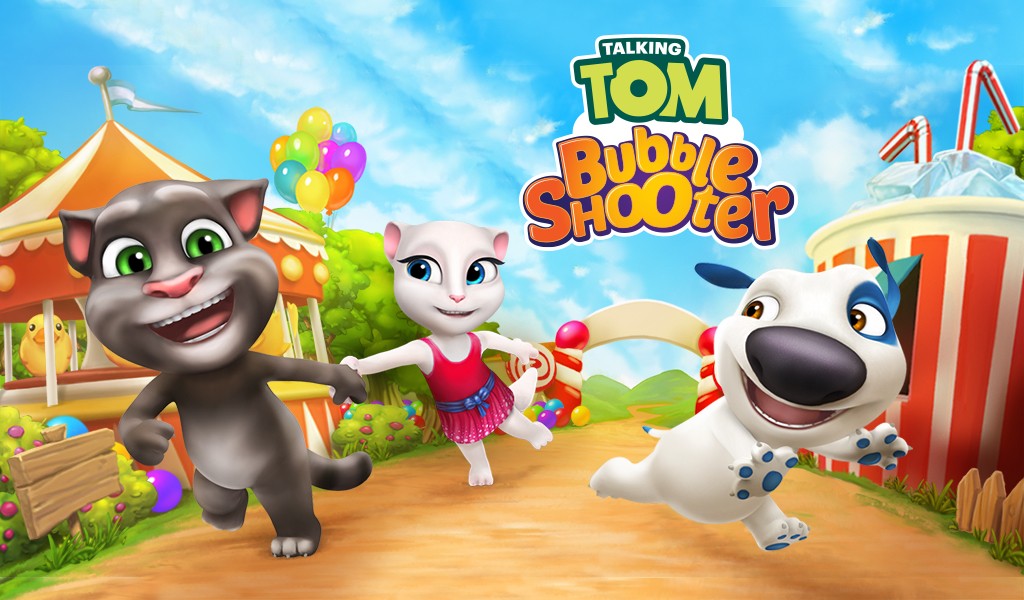 Hank, who can also be seen in Outfit7’s latest app release Talking Tom Bubble Shooter has always got a big smile and an even bigger heart and though he can be a bit gullible, he always sees the funny side of life.

Hank celebrates his birthday on February 29th.  Yes you heard that right, this wet-nosed wonder is a Leap-Year baby. 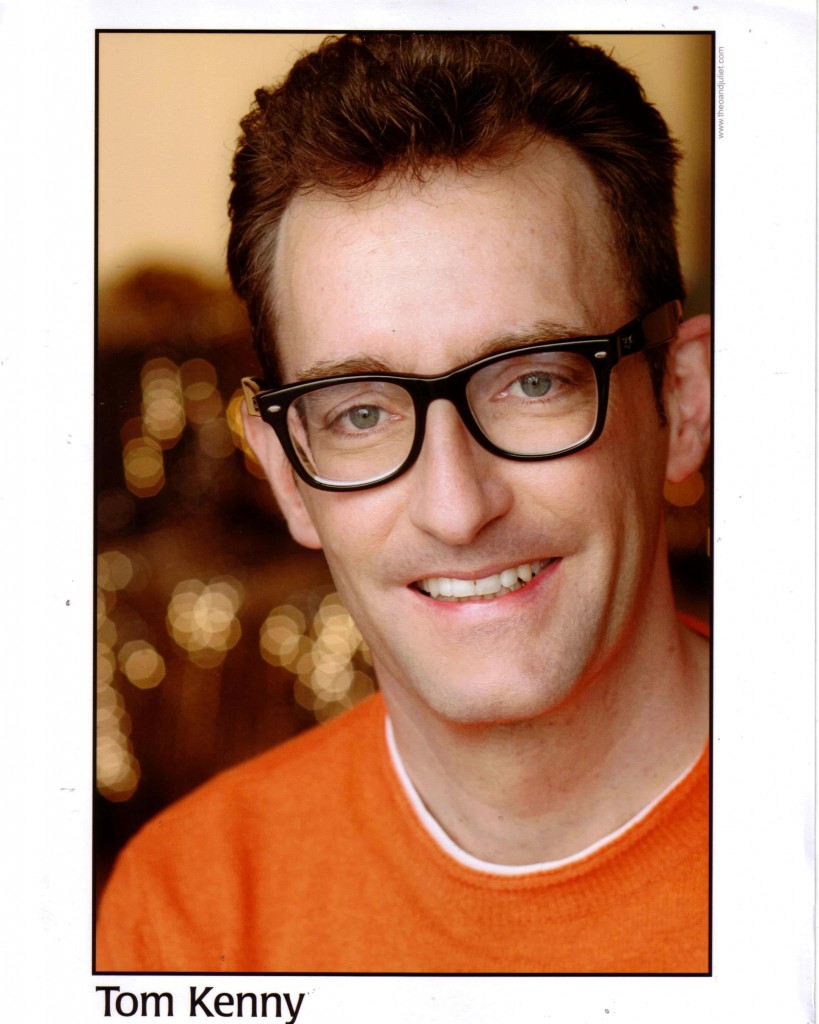 Voice-over animation legend and comedian, Tom Kenny, who plays Hank on The Animated Series, took time out of his busy day yapping into a microphone to talk with us about his character and working on Talking Tom and Friends: The Animated Series.

Q:  We hear Hank likes to gobble down a big burger on his birthday.  What is your favorite thing to do on your birthday?

A:  I will seize on any excuse to have a bunch of our friends over, play & sing a bunch of crazy music, and bring in my favorite taco truck to feed everybody! To me, you can’t call it a “party” if a LIVE band and tacos al pastor AREN’T involved!

A:  I like them both, but my “Burger Heaven” go-to is the “Double Cheeseburger Po’Boy” at Little Jewel of New Orleans– a cool little funky restaurant/grocery in Los Angeles’ Chinatown District. Bring Tupperware…it will last you for four days!

A:  In dog years or human years?  Either way, that’s a hard one, especially since Hank was also born on a Leap Year.   Unfortunately, most actors aren’t good at math, and I’m one of ‘em!

Q:  As a kid, did you ever envision you’d do voice overs?

A: I thought about it ALL THE TIME when I was a little kid, and I STILL do! Some things never change, I guess. I’m lucky to be doing the job I used to daydream about during math class! I feel absurdly fortunate!

Q:  What did you want to be when you grew up?

A: That question implies that I HAVE grown up! Maybe I will someday, but I don’t want to rush into anything. Give me some time!

Q:  You are one of the busiest people in animation.  What else are you doing these days?

A:  It’s always “in flux,” but currently I’m REGULARLY recording: “SpongeBob SquarePants,” (on which I am also the Voice Director), “Adventure Time,” “ Miles From Tomorrowland,” “Powerpuff Girls,” “Clarence,” “Uncle Grandpa,” “Peabody and Sherman,” “How To Train Your Dragon,” “Mixels,” “Ultimate Spider Man,” “Welcome To The Ronks,” “Stinky and Dirty,” “Rick and Morty,” “Wander Over Yonder,” and a few others….then there are the oddball VO gigs in movies & sitcoms, commercials, video games, toys, and promos too. Plus, new shows are always starting up, and hopefully somebody on those liked my audition! Something is always ending, and something is always beginning!

Q:  From Talking Tom, to Angela, Ben and Ginger, your character’s cohorts all have their own apps.  If Hank starred in his own app, what would he be doing?

A:  Making sandwiches and watching TV: especially the “Bongo and McGillyCuddy” 24-hour marathon!

Q: Both you and Hank (a Pisces) seem to have a lot of character traits in common.  You’re both quite active and fun-seeking, captivating and sincere.

A:  Oh keep going, please!  Unlike Hank, I am NOT a big television watcher, but we ARE similar in other ways. I try to “not sweat the small stuff” that the world constantly throws down in your path. Also, Hank seems to surround himself with good friends that are a wee bit smarter than him. I do that, and it’s worked out pretty well!
Q:  What’s your sign?

A:  Cancer the Crab! Hank’s  is Pisces the Fish, and I’m on my way right now to record “SpongeBob”, so I guess sea creatures are a recurring theme in my life! 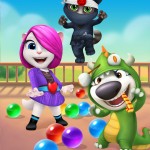 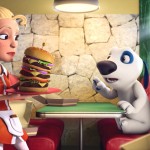 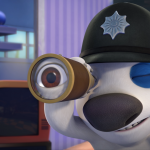 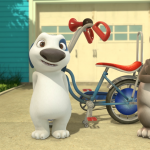 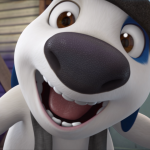 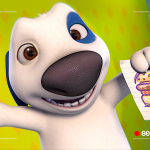 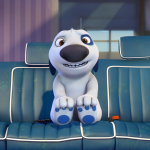 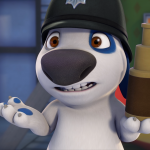