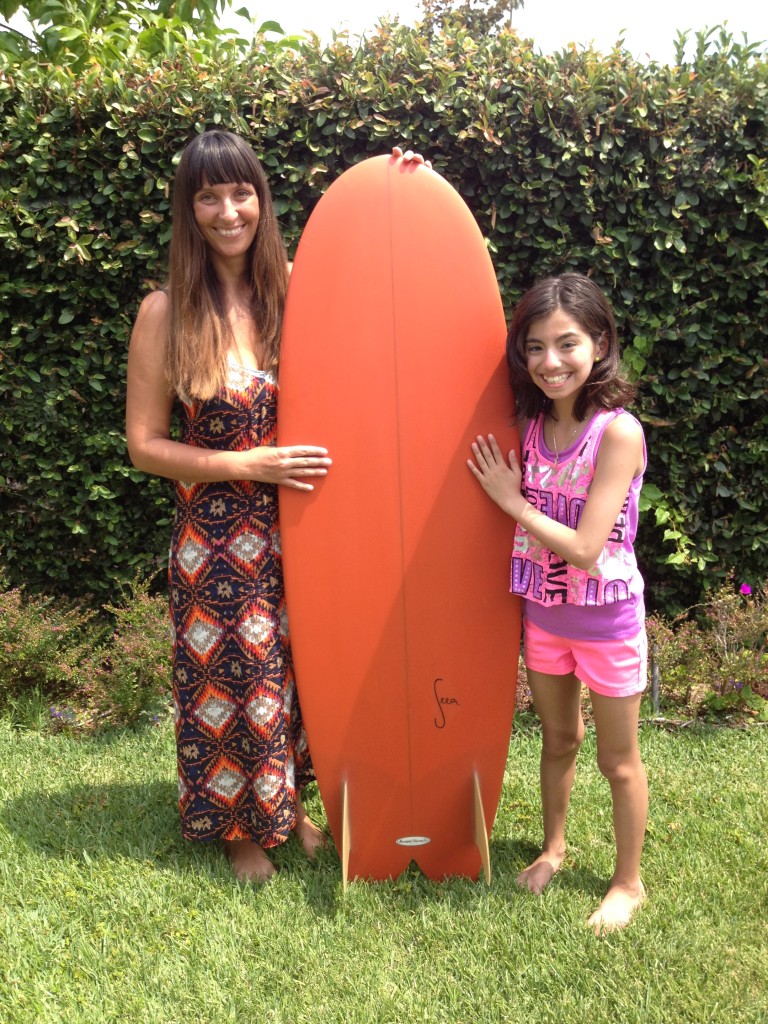 Seea founder and designer, Amanda Chinchelli, connected with the ocean early on. Growing up on the island of Ilhabela, Brazil, Amanda played in the surf of the tropics until she was ten, when her family moved back to Italy, their native country. Reunited with her grandmother, Amanda learned to crochet and sew, and soon developed an interest in fashion and passion for design, which would serve as the basis for her career.

In her adult life, Amanda made her way Stateside and settled in California, near the ocean and the waves. Being an avid surfer, she spent as much time in the water as she did looking for a cute suit to surf in. Frustrated with the available selection, it didn’t take long for her to sew up a few of her own designs. On her daily paddle-outs and surf trips, compliments and inquires for custom suits began to roll in. Merging her design experience with her wave-riding skills, Amanda resolved to bring her creations to the women’s surf wear market, and so, Seea was born!