It’s 2124 in Neo Mars, Mars Pop from the makers of Talking Tom pits you against the best in the World!!!

Mars Pop is a super addictive bubble pop game that offers simple Facebook login by Outfit7 Limited.    Outfit7 are the same guys behind the “Talking Tom and Friends” franchise with over 2.8billion downloads.   Mars Pop is the worlds’ first bubble shooter game that offers true real-time, multiplayer competition.  The game automatically connects users of similar skill level so you are always challenged just enough to keep it fun.  If you are an expert, super pro, or just a beginner you are going to love this addictive game.  You can compete against friends or anonymous gamers around the world. 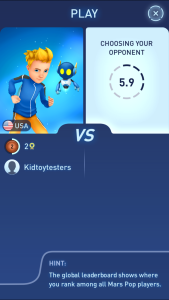 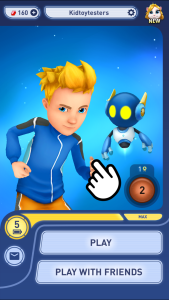 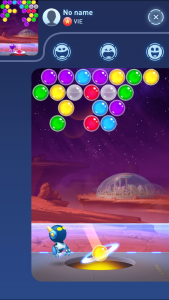 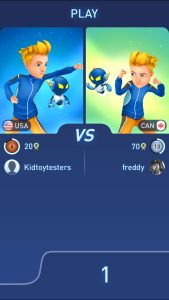 Select one of 2 character types “Jet” or “Eve”.  Both come with super cute sidekick flying robots. You win by lining up 3 bubbles of the same color.  Shoot down more bubbles and you make more appear on your opponent’s screen.  The precision and speed of this real time gameplay is amazing.  When you win or lose, you can challenge the same opponent again, or choose to play against a randomly selected opponent of the same skill level.

Players can also compete in global tournaments to up their bubble supremacy and earn rewards, and can even see how they rank on leaderboards against their friends and other players.  Will you be the best out of your friends, country,  the world???

One thing to note is that because the game pairs you against players of similar skill, don’t let your super expert gamer friends play on your profile too many times or the game will think you are a whiz and then start putting you against harder opponents.

Mars Pop works across different gaming devices so your friends  can get it  for free on iOS, Android and Windows.  I love playing this game and hopefully will see you online.  This game is officially KidToyTesters APPROVED.